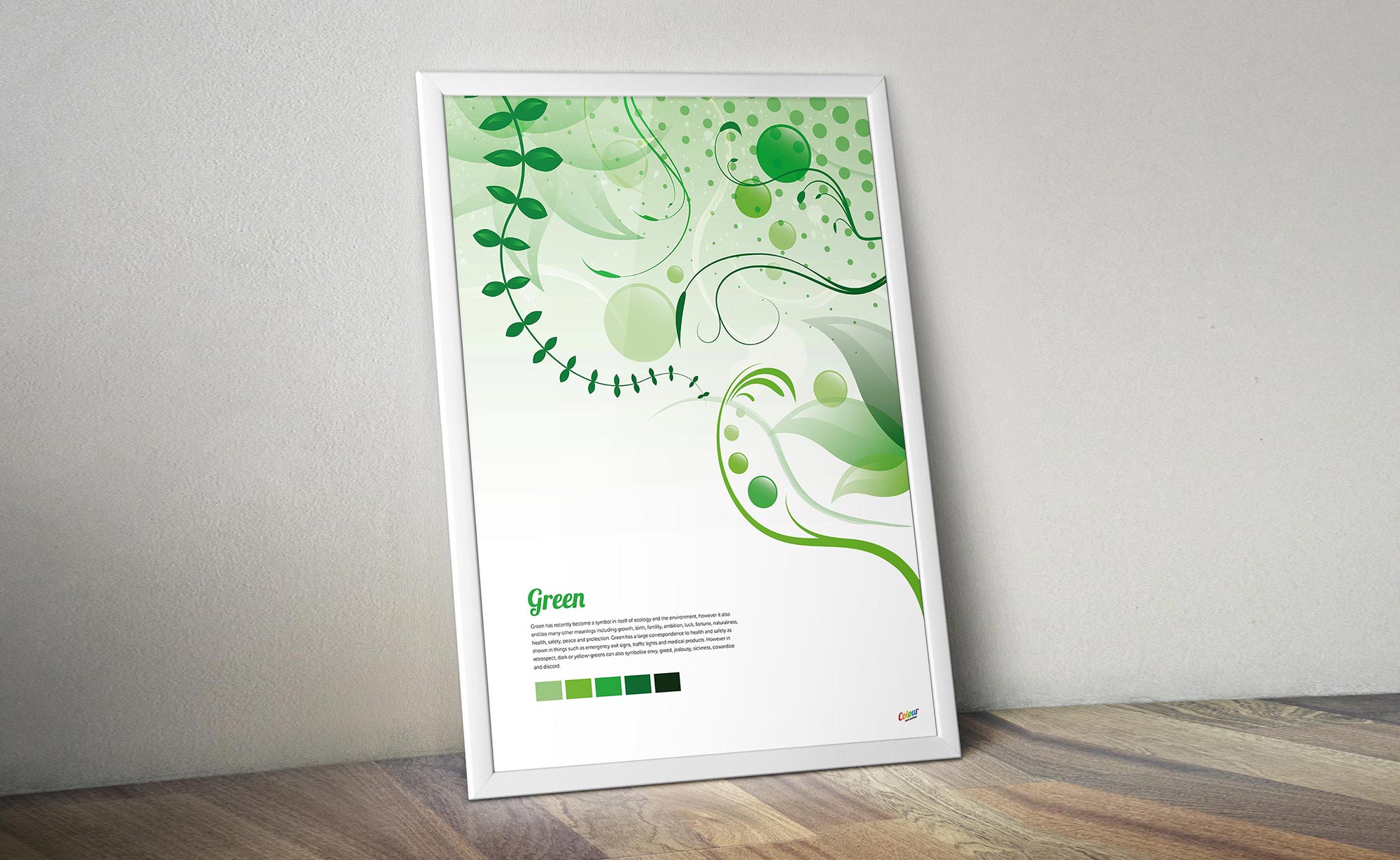 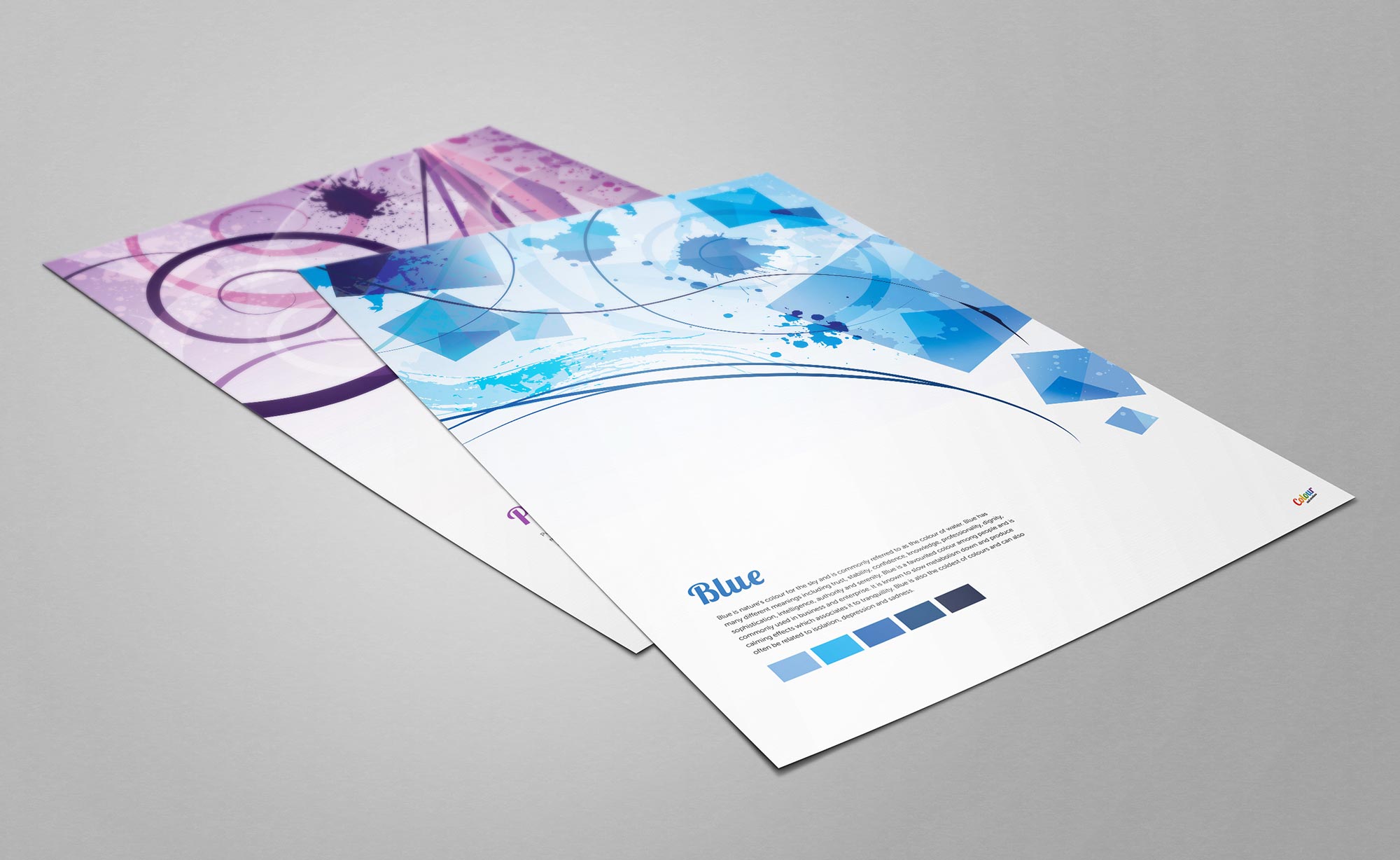 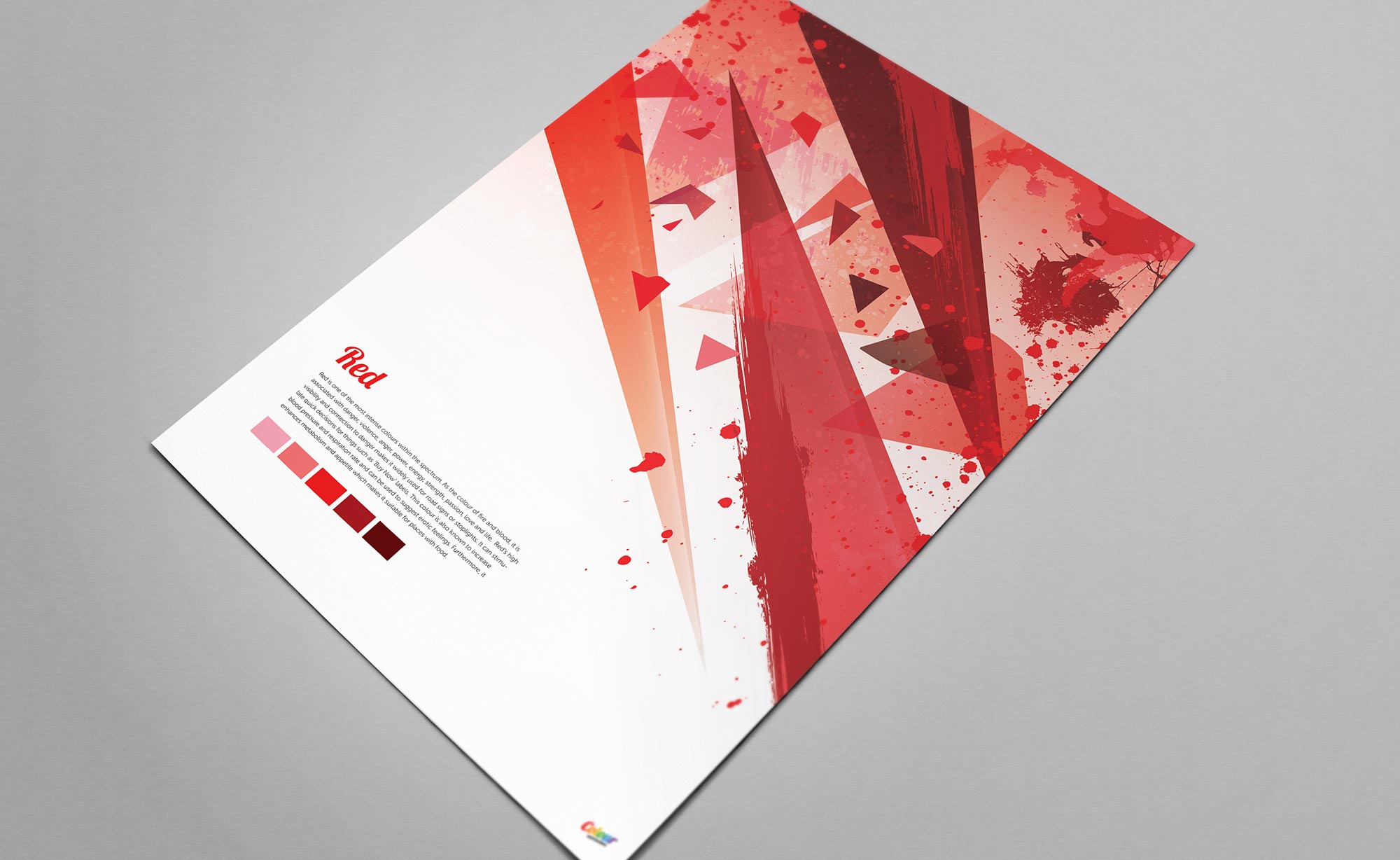 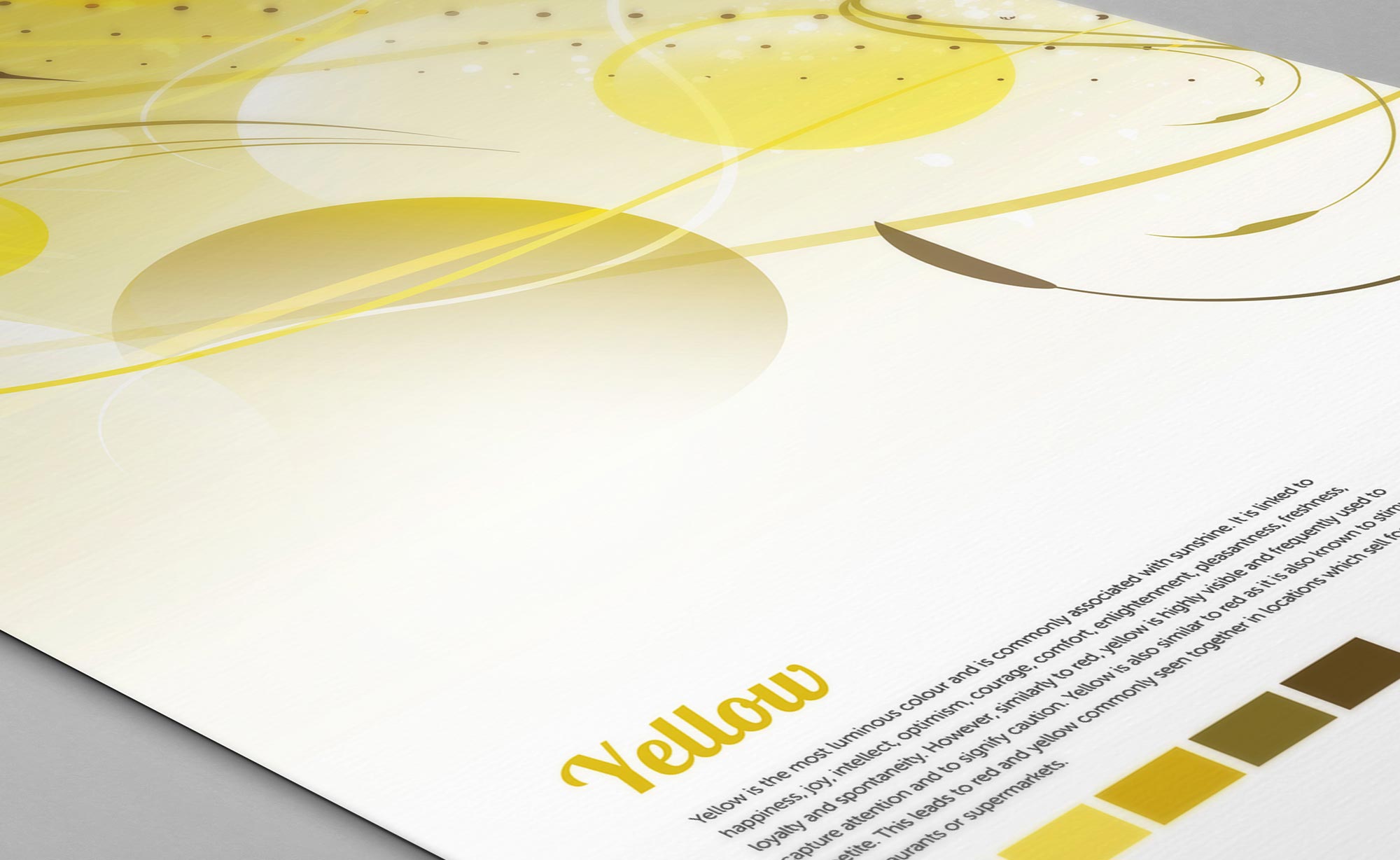 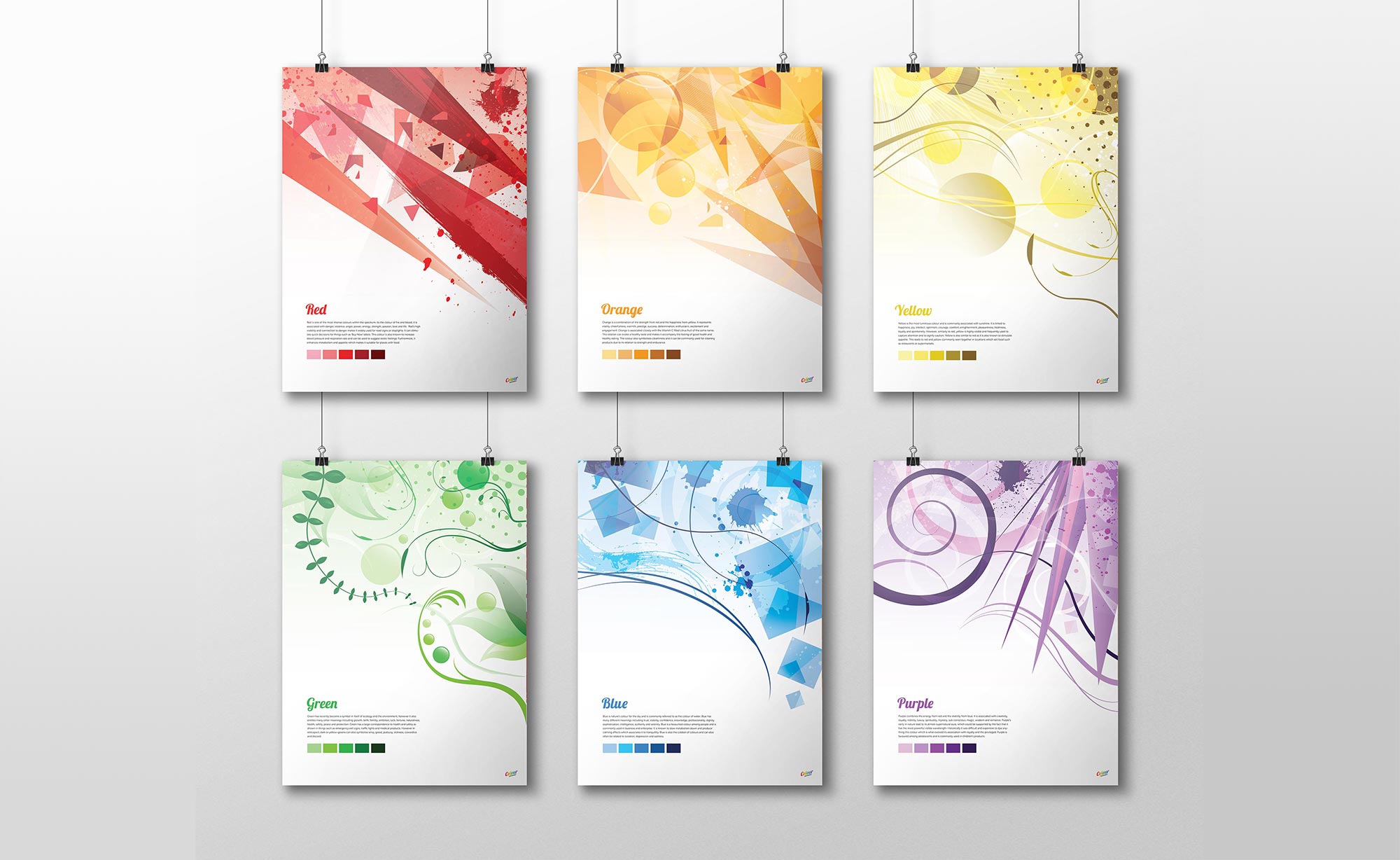 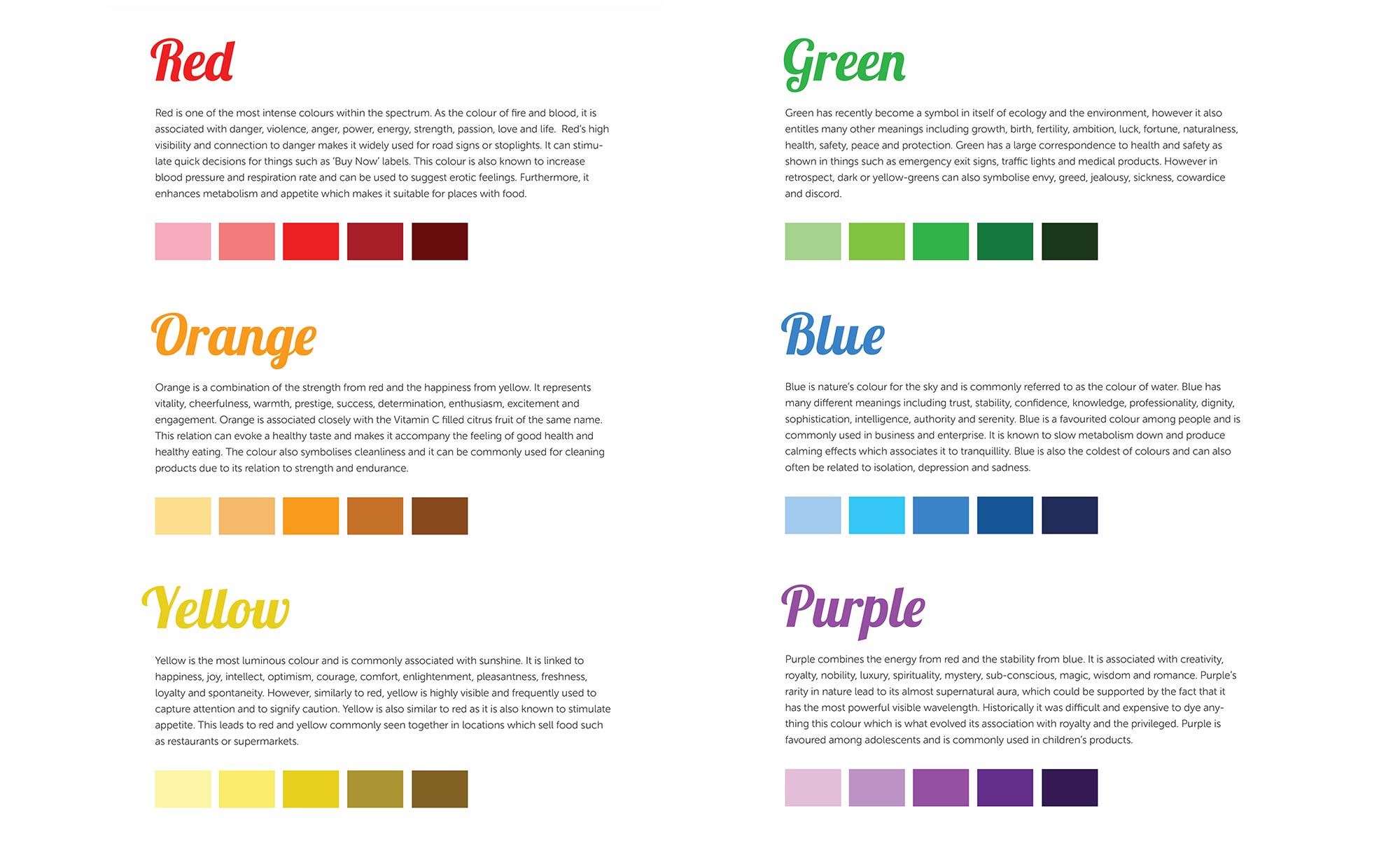 This product was designed to be a new, engaging and innovative way to visually represent the fundamentals on the psychology of colour theory. The aim was to create a series of abstract images to, not only be visually interesting to look at, but also attempt to characterise and reflect the psychological effects of colours.

Completing the project included research into colour and shape theory to design the final assets; the end result being that each colour was to include one 'dominant' shape. For example: red’s dominant shape was the triangle since my research showed that both the colour and the shape represented tension, energy, power and conflict. Blue was predominantly squares as the colour and shape signified solidarity, equality and stability. However it was clear that some colours could have similar effects; leading the designs to show 'influence' from their neighbouring colours where appropriate. For example: purple’s dominant shape was the spiral to represent creativity and mystery, however it also included triangles from red to represent power and squares from blue to represent stability.

Finally yellow was represented by circles and green was represented by flora/plants, each having some 'influence' over the other. Orange was the only exception from the 'dominant' shape rule as the colour is defined as a mixture of the strength from red and the happiness from yellow. Due to this, orange was represented equally by triangles and circles.

Along with the poster set, a more 'interactive' animation was created as another creative and visually interesting way to exhibit the assets. 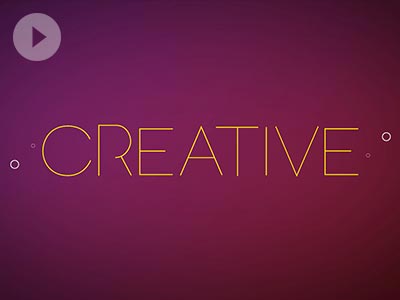 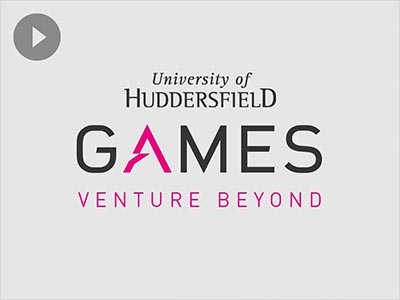 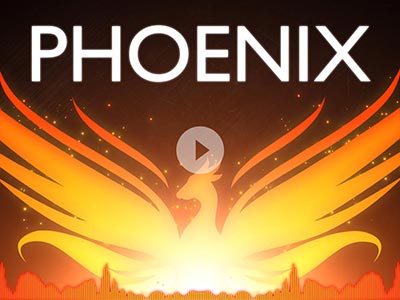 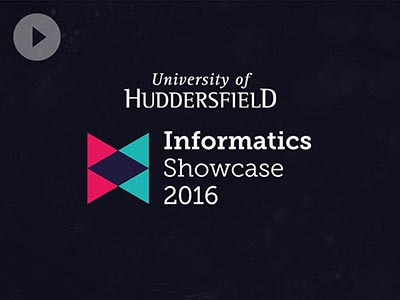